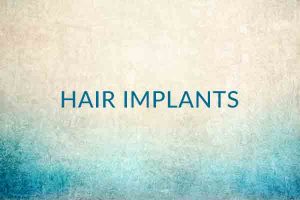 Although there’s a huge variety of hair-loss treatments – from laser-based solutions to non-surgical methods such as Hairfusion – when people typically think about treating hair-loss, the very first thing that they imagine is a hair implant.

And it’s absolutely a prominent image for good reason. Hair implants and transplantation are some of the most effective ways to treat hair loss. Indeed, they’re one of the methods upon which the entire field of hair loss treatment is built.

But they haven’t always been so effective. Hair implants have a long and fascinating history – and thankfully, technology since the first hair implants has come a very long way.

Although this was a huge breakthrough in the field, for a very long time, this was disregarded. The science of hair loss treatment was consigned to a small role throughout the rest of the 19th century, as other, more pressing medical emergencies were addressed.

Modern hair transplantation techniques, as we know them today, originated in Japan, in the late 1930s. The bulk of these experiments in Japan focused on whether the implantation of grafts of high-bearing hair on to areas of low-bearing hair could reverse the hair loss process.

This method gradually became more and more successful, before the work in Japan conclusively showed the potential for hair implants and transplantation to effectively reduce hair loss – and even encourage hair regrowth.

This was developed even further in the work of Dr Norman Orentreich, in the United States. Dr Orentreich coined the term ‘donor dominance’; which he discovered upon observing that regardless of where hair was implanted, it would grow just as it did from its original location.

By the 1990s, it was discovered that hair does in fact grow in response to the areas where it is transplanted to. Hypothetically, this would mean that hair transplanted on to an eyebrow from an area other than the eyebrow would still eventually conform to grow just like eyebrow hair would.

Since those breakthroughs, the field of hair implants has only continued to grow in complexity and capability.

At Advanced Hair Studio, we’re at the forefront of that, and our world-leading hair implant treatments; such as our Strand-By-Strand HairGRAFT or our Advanced Singular Hair Grafting can help you get on track recovering your hair and your confidence in no time.

Rest assured, you can replace your thinning or balding hair. Advanced Hair Studio has over 1 million happy customers who will attest to this.